Yesterday we had another great and long day on the mountain. We drove around the mountain the day before to do some camping along the beach and then, in the morning we walked in to Stortinden on the south island of Lyngen. 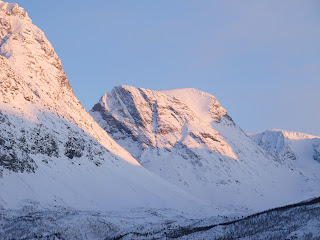 Stortinden with the ramp, Mallroy, clearly possible on the north face - a really special run in the Lyngen alps...

On one of the first days in Lyngen we spotted this beautiful ramp that crosses the north face of the mountain and we felt from the first glimpse that this would be a perfect project for us!
The approach was long, but not very complex and just after twelve o’clock Morgan and me stood on the top of the mountain while Bjarne had reached his filming spot on the other side of the valley.
From here Morgan belayed me so I could have a good look at the entrance just under a big cornice. I shoveled away plenty of snow and then we tied a sling around a block and rappelled down to the start. I screwed up a bit as the perspectives had changed from the photo in my camera so I rappelled down to the next face further down and Morgan had to belay me so I could climb back up.
But in the end we where right and I started skiing down the extremely exposed start of the ramp. It was steep and at one point there was a meter vide steep traverse to skiers left with hundreds of meter of air under my skis. After that Morgan took over and cruised the wonderful snow on the ramp in big turns. I followed him and got really amazed of the snow quality in this forgotten place.
We continued down to a narrowing where we changed to crampons, down climbed for ten meters and then continued skiers left. We where not totally sure about the continuation because the terrain was very convex with just a little bit of snow on slabs so I banged in a piton and used rope support over a ledge. From here we kept on moving skiers left in to a couloir that offered us excellent snow all the way to the open fields below the face.
At that point I was relieved that we had found a good way down and got really happy to get some low angle powder turns to end the day.
We got back to the Magic Mountain Lodge at eight o’clock to an awaiting dinner. Today we have been resting in the sun, eating lots of birthday cake and doing interviews for the episodes. Tomorrow we are aiming for another big day in the mountains!
The name, Mallroy, hints to a classic on the north face of Midi in Cham. Both runs are including a seriously exposed traverse… 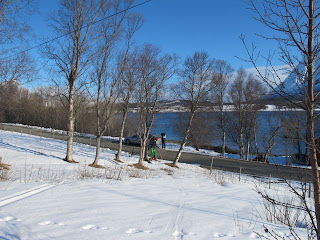 Boys getting ready at the car 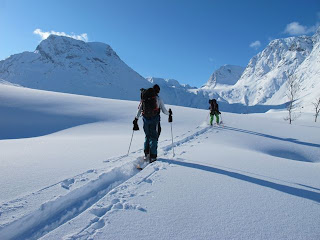 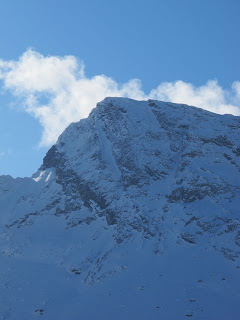 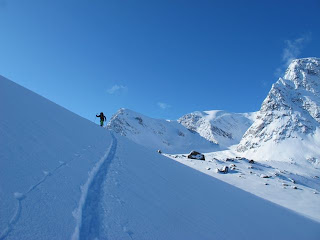 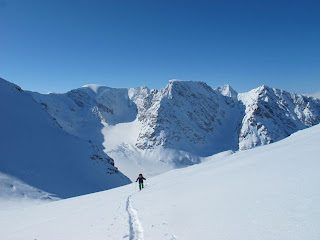 Morgan close to the top 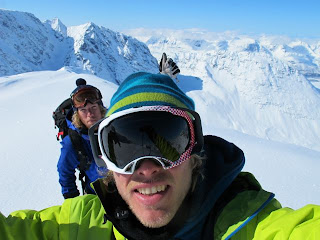 Happy boys at the summit of Stortinden 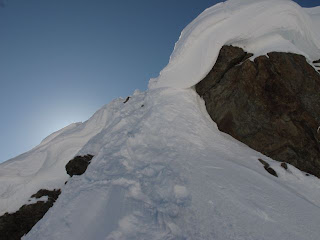 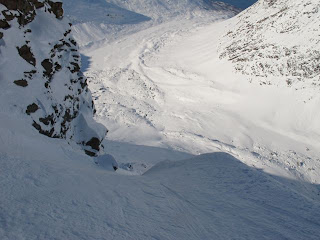 The start of the ramp 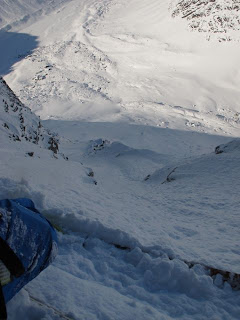 Some one third down 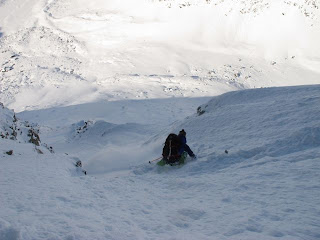 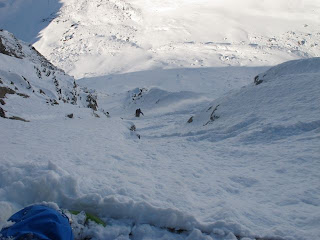 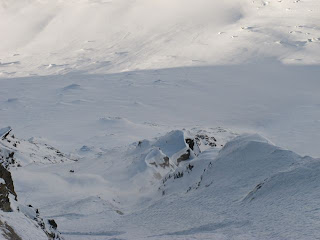 Look at the snow cloud! 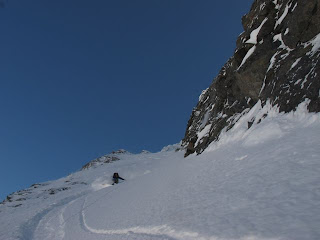 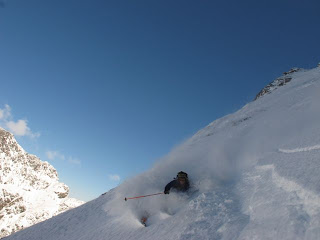 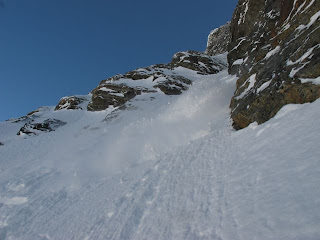 Morgan disappeared... not to common on steep skiing missions 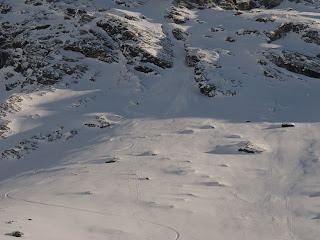 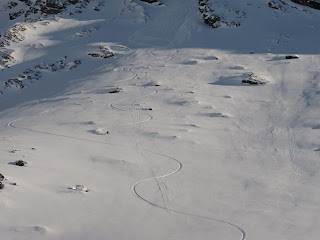 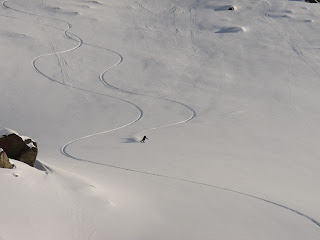 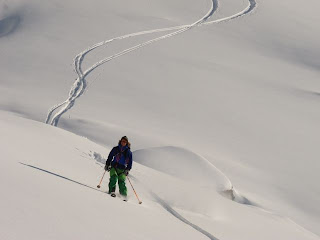