The last two days have been two really big days out. On Sunday Morgan, Bjarne and myself went up Nordre Jaegervasstinden to attempt a really cool couloir we had spotted the other week. It was a pretty straightforward climb up the west side with skins and then we got to do some ridge climbing before we dropped in on the north facing couloir. There was plenty of snow and we used the rope to secure the upper part before we dropped in. The quality of the snow was amazing and we got served knee-deep powder thorough. 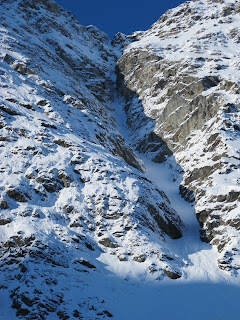 Swift Couloir on the North face of Jaegervasstindan 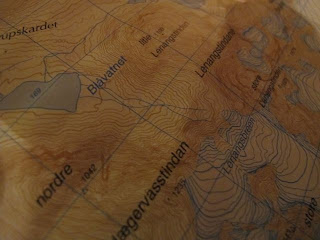 It was a bit exiting though, with all the snow on the on the upper third of the face as we where exposed to the cliffs below and getting caught by sluff or an avalanche would not have been a great thing.
At the first little cliff I just banged in a bomber knifeblade that gave us rope support to pass with the skis on. On the second cliff two hundred meters further down I equalized two pitons and then we got to do a 25-meter almost free hanging rappel over ice.
The rest of the couloir was a great cruise, and Morgan took of first sending it in big turns in one go! It was a great day out with extraordinary powder skiing. 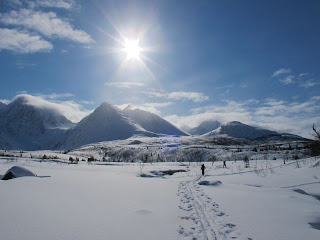 The Sahlén brothers taking the lead 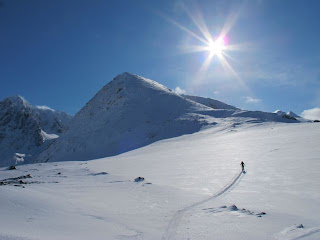 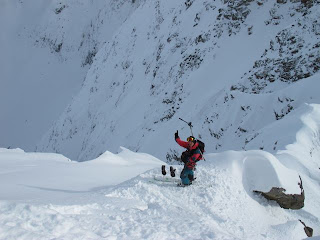 Bjarne ready to capture it all on film 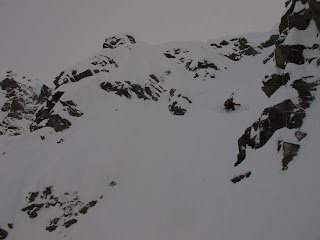 The filmer skiing some steeps 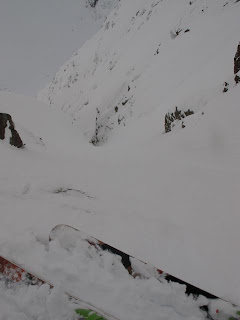 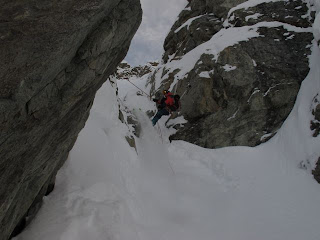 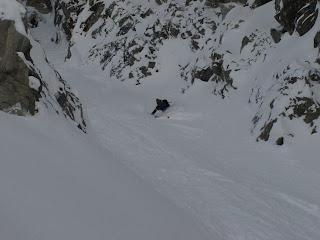 Morgan showing why he is the Scandinavian telemark free ride champ 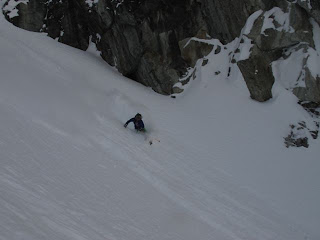 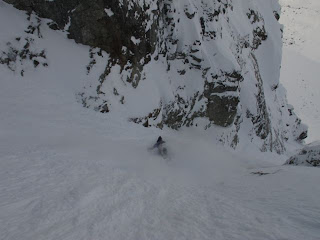 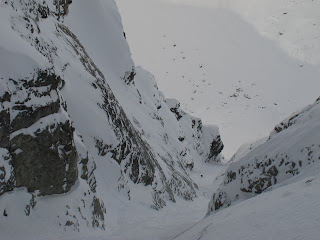 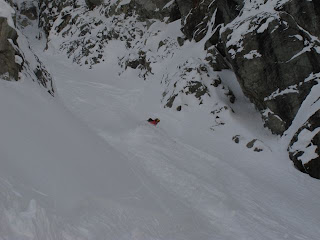 And younger brother Bjarne setting of after him 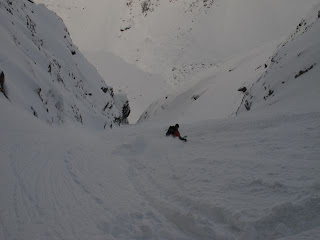 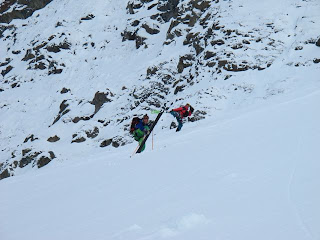 The brothers happy after a great ski 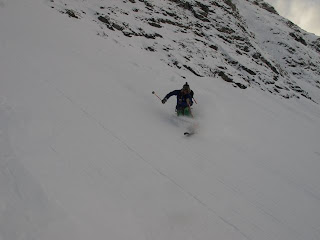 Posted by Andreas Fransson at 14:51