Yesterday Morgan and me did an optimistic try of the mighty westface of Lenangstinden’s central line. We got super impressed by the line but got forced down after the technical difficulties because of extreme snowdrift. 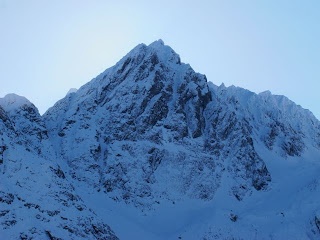 Store Lenangstinden west face. The line we attempted goes up the obvious couloir on the right, then goes up the ramp to the left and then up the ice falls in the middle.
We started up the couloir on the lookers right and then followed the obvious ramp to the left towards the icefall just below the narrow couloir at the middle of the face. The ice climbing was awesome grade 4+ ice and was really easy to climb, but every time I looked up it was like someone threw a shovel full of snow straight in to my face. It was probably hard winds from the other side of the mountain that created the heavy snowdrift and I couldn’t really take Morgan up in to that storm. We hadn’t really expected that big of a ice climb so we only had two ice screws making me take huge run outs and I had to make an ice thread on 75 degree ice hanging from one of my axes to prepare for the rappel. It became a wonderful mountain adventure, and for it to be a real adventure the risk of failure has to be in to the equation hasn’t it? Anyways, I rather try cool things and fail than to just do things I know I will succeed on already at the breakfast table!
This is the greatest line I have tried in Scandinavia and it should be really straightforward for anyone tying it in better conditions. Anyone in the north with steep skiing ambitions and basic climbing skills, try it out, you will be amazed. 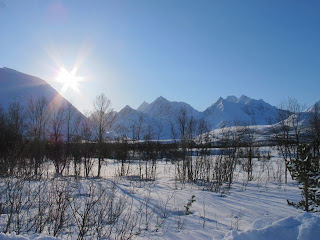 Lenangstinden seen from the parking place. Its about 6 km of approach... 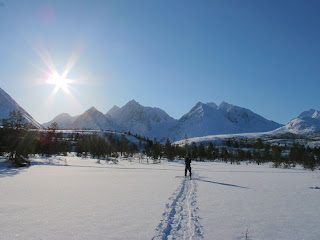 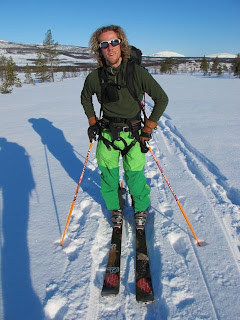 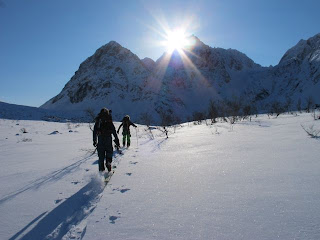 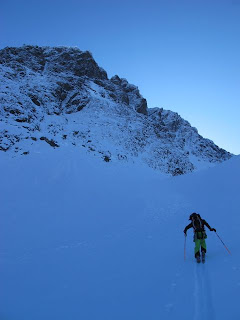 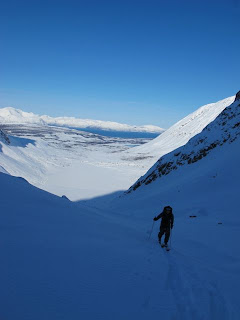 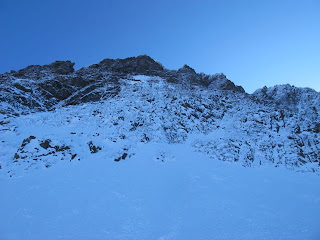 The face seen from the base 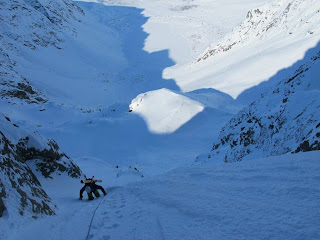 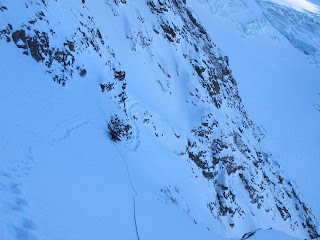 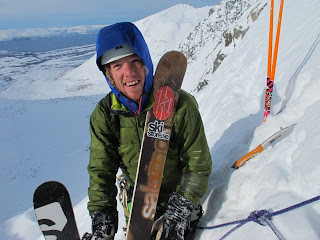 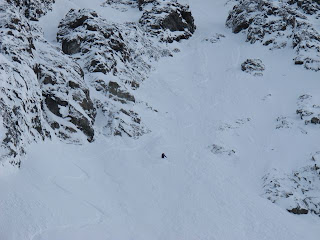 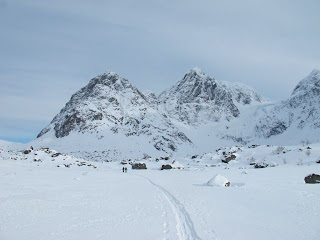 Morgan and Bjarne on the way back
Posted by Andreas Fransson at 17:09