Yesterday Jp Auclair, Julien Regnier, Bjarne Sahlén and myself went up to the Argentiere basin to do some skiing up high. We knew that the snow was not to good after the hard winds during the week, but we still wanted to take the chance to make something semi-big together.
It had been mostly northeastern winds lately so we figured that skiing something facing southwest would be our best bet conditions wise. The Angelique on Les Courtes seemed to be the perfect choice – and off we went.
The approach and the climbing up went smooth even though all of us could feel the hard work. I was really happy to be out again as this was my first real ski mountaineering adventure of the season.
At the top we did one rappel to get in to the couloir on the other side and then the fun was supposed to start. But the conditions where actually not that great with a mix of chalky snow that would break loose and breakable crust mixed up with a few turns of powder.
JP was joking that he felt the same thing on the way down as on the way up – “are we at the end soon?”.  However, the end of the couloir came sooner than later and we all agreed that it was a character building run, to say the least. Anyhow, it’s a beautiful couloir in a beautiful setting and the boys got themselves a tour on a big part of the Mt Blanc range – from the depth of the Argentiere basin, up Les Courtes NNE face, down on the other side to the Talefre basin continuing down to Mer de Glace and then the James Bond trail all the way down to town.
Thumbs up for a good crew on a nice adventure meeting all the challenges with a big smile. Today its rest day with some computer work and interviews for our Chamonix episodes and tomorrow we will go up again for the last day of skiing together, for this time. 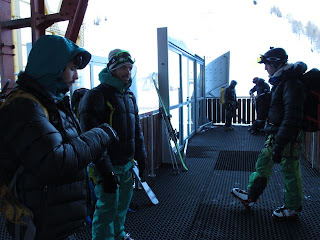 JP, Julien and Bjarne waiting for the top bin on Grand Montets 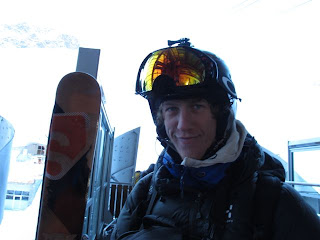 The toughest cameraman I know, and a great guy... Check out his video blog at: endlessflow.posterous.com 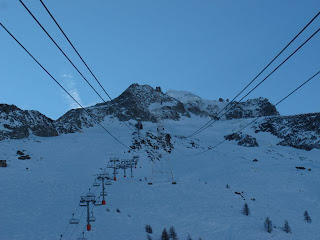 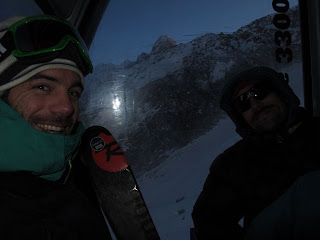 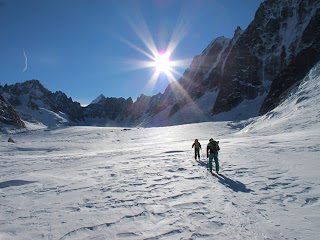 Skinning in to the Argentiere basin 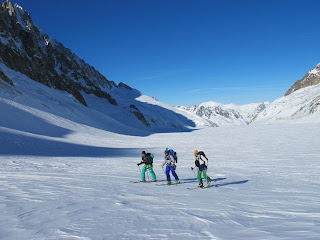 Julien, myself and Bjarne 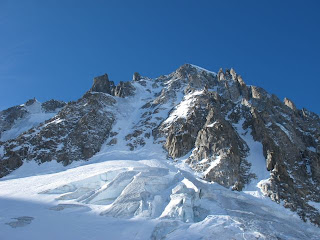 The NNE face of Les Courtes... It was the eleventh time i climb this slope... 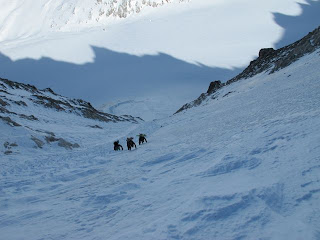 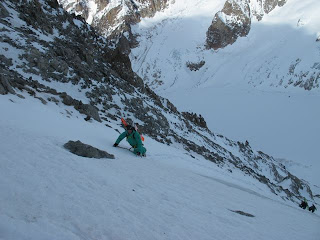 Julien near the top 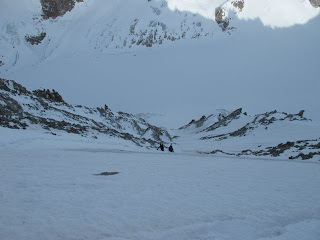 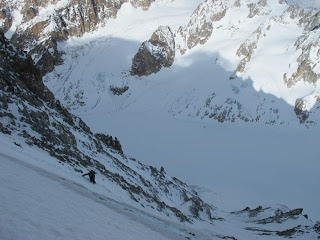 JP high up the face 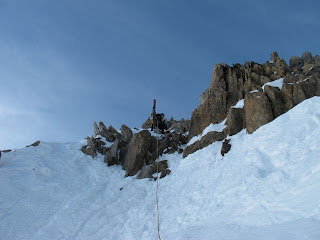 JP rapping down in to the Angelique 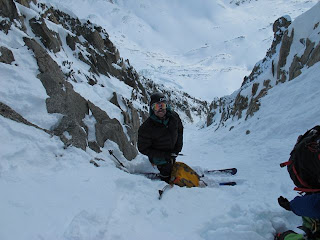 JP in the couloir 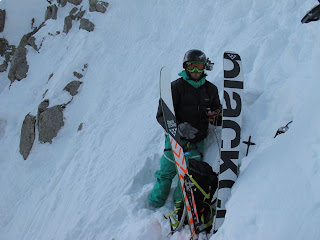 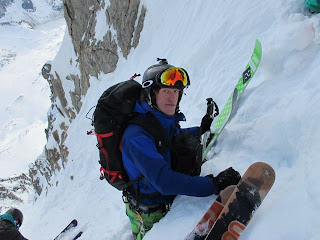 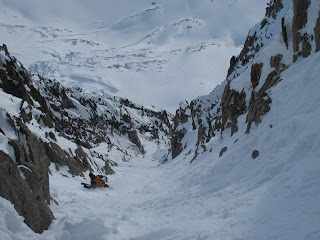 Jp putting in the first turns 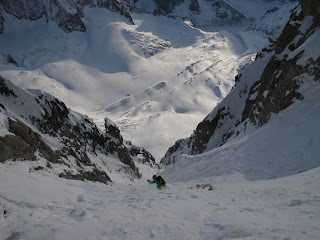 Julien further down the couloir 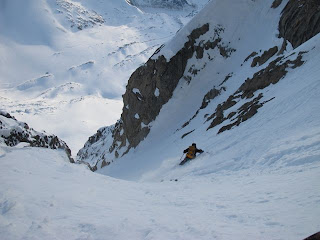 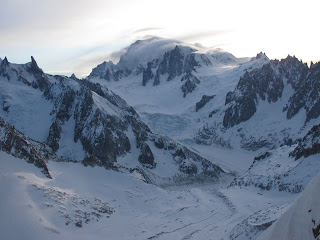 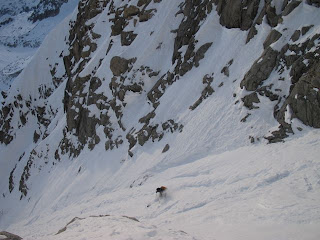 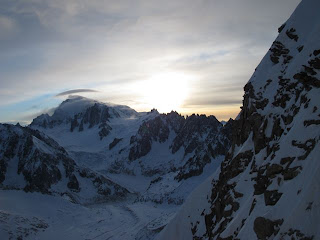 Mt Blanc and its hat 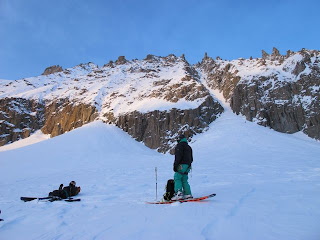 JP and Julien resting after the couloir, Bjarne can be seen below the shrund 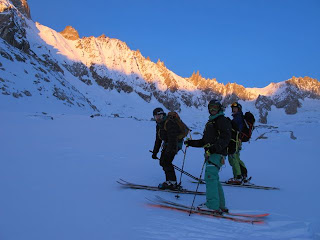 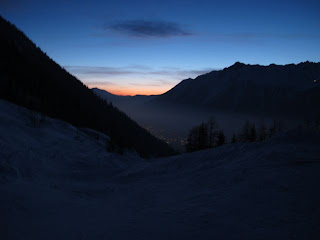 Chamonix in the evening light before our ski down the James Bond trail in the dark followed by burgers at MBC...
Posted by Andreas Fransson at 12:45