I went up Brevent this morning with relatively big ski touring plans, but as often in the mountains, things change. It took some time traversing the lift system from Brevent to Flegere, and I started walking up above the Index lift around ten. At the top I catch up with Max Turgeon and his friend Adam and then I continued out on the ridge towards Aiguille du Pouce. It’s a really airy ridge traverse that I have only done in summer, but it would have worked would the snow not have been so sugary. Now it was just too dangerous soloing slabs with bad snow on them so I dropped down in to a couloir from the ridge instead of skiing the planned north face. It was a great ski with transformed old powder and only about a ski with wide.
Then I had planned to do more stuff further east in the chain, but it was extremely warm and I didn’t want to climb any more steep stuff on south faces so I went for Mt Buet instead with the intention to ski the north face there. But when I got there I was in the middle of a big cloud and I could hardly see anything so I changed my plan again and went for the south face which I had never skied before. And what a good choice that was; of corn with almost no other tracks visible on the skiers left side variation – all the way down to the Berard valley. It turned out to be one of my best skis for the season! 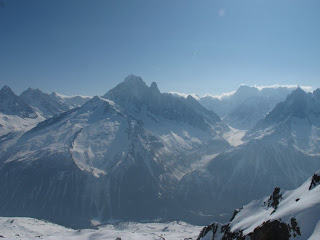 Clouds coming from the south 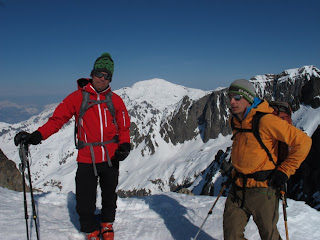 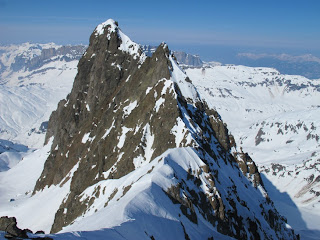 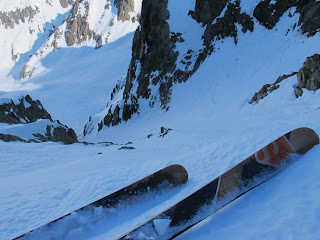 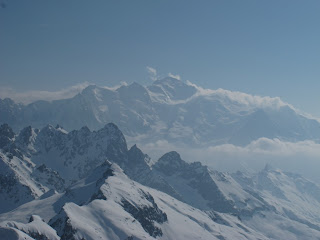 My favorite view of Mt Blanc from Mt Buet 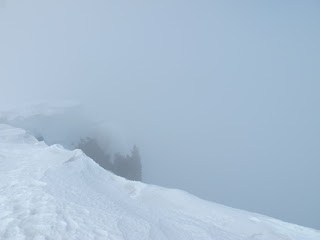 Thick fog on the north face of Buet 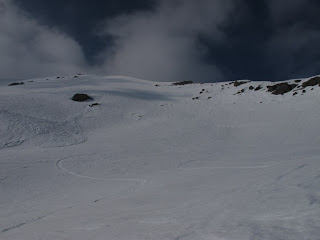 Great skiing down the south face 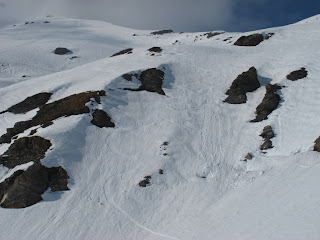 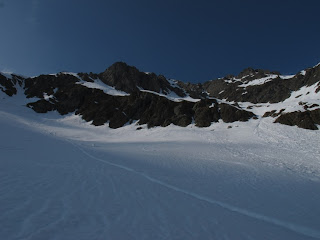 Posted by Andreas Fransson at 22:34