Rombakkstötta – Another great ski, this time with the Swedish Dynafit team and Greg Hill…

Yesterday I went out ski touring with the Swedish Dynafit team and their Canadian guest; Greg Hill in the Norwegian mountains close to Narvik. Greg is in Sweden to do slideshows and participate in the Pure Freeride camp in Abisko and he is know specially for his latest feat where he succeeded in climbing and skiing two million feet in one year. 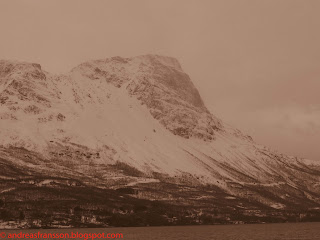 The weather was far from perfect when we left in the morning driving towards Narvik. We where even discussing whether the road would be open or not. But it turned out to be open and we got down to the Rombakk fjord where the wind was blowing hard from the west and the clouds where moving fast over the mountains. Driving past the mountain Rombakkstötta we noticed how well filled in the couloir, named the S, where.  The goal from the start where to do a couloir south west of Narvik, but this one would probably also give us great skiing and much less driving and the clouds further south west looked dark.
So we decided to stop here and walk up this mountain. I enjoyed the fact that I where on a mountain with a fairly big group and I was able to walk as fast as I liked everyone kept up, and much more if they would have wanted… The group was made up by Patrik Nordin, owning the Swedish distributor for Dynafit and an avid ski runner, Mattias Skantz, arguably the Swede who do most peaks per season in Sweden, Greg Hill, Canadas skitouring strong man - and my self.
The ascent went fast and I would like to say that I have never seen so many people on a mountain in Scandinavia as I did this day. The whole freeride camp had chosen to go here so it ended up becoming a really social day out.
Just at the entrance of our planned ski we left our skis and scrambled to the top to give Greg his first Scandinavian summit. After this we dropped in, guest first, in to what turned out to be a great ski. The first 700 vertical meters where powder, then we had 200m of breakable crust ending with 300 meters of slush trough the threes. All and all it was a fantastic ski, in good company in a setting that would stun anyone.
Down at the road we sent away the boss, Patrik, to hitch hike back to the car, then we drove over to a beach with a view of the mountain for some birthday cake and coffee.
Thanks Mattias, Patrik and Greg for a good day out!
Check out:
Greg Hill – greghill.ca
Mattias Skantz – mattiasskantz.se (Swedish only)
Patrik Nordin and Dynafit Sweden on www.dynafit.se (Swedish only) 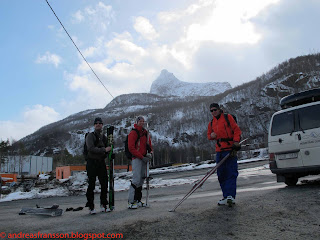 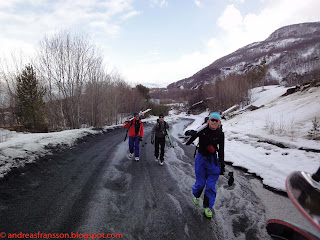 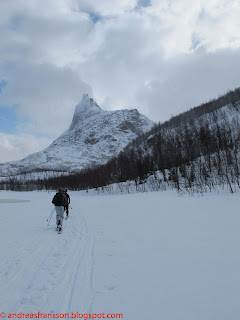 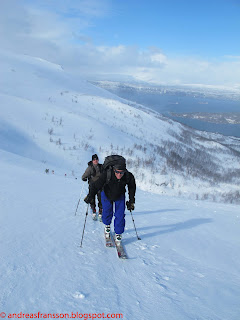 Greg and Patrik with the fjord in the background 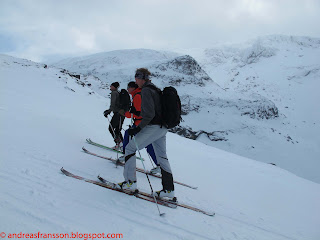 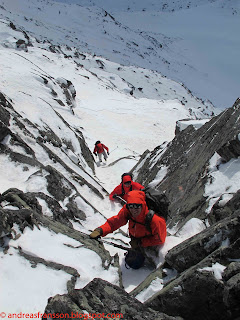 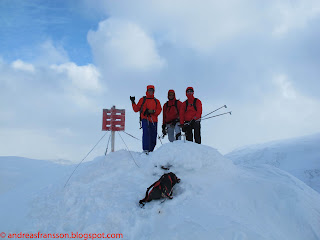 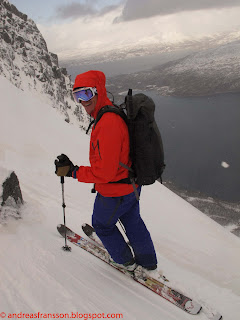 Greg Hill dropping in on the S 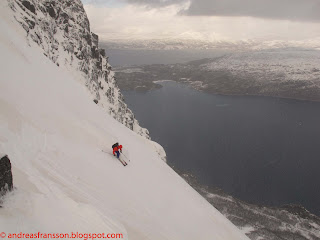 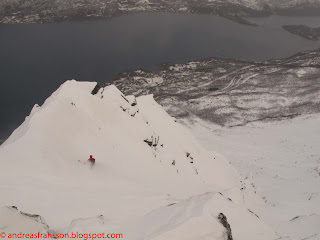 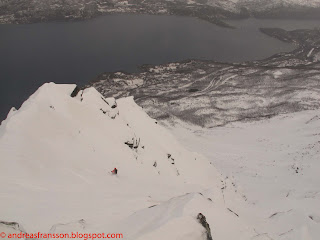 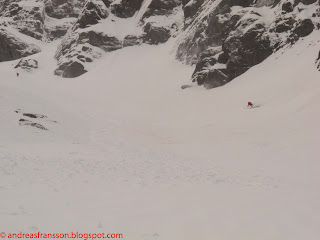 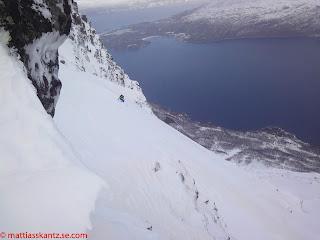 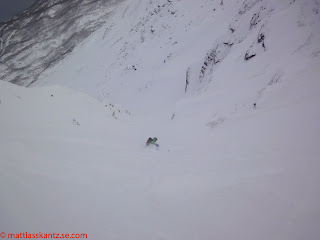 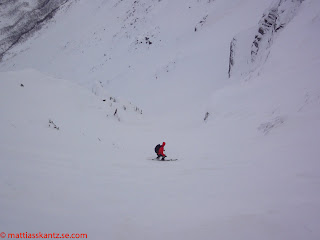 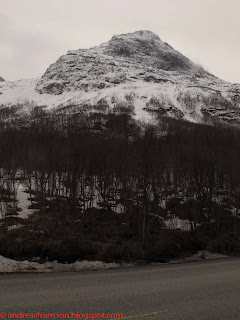 The mountain seen from the road 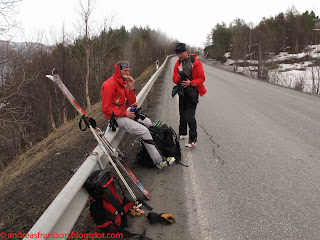 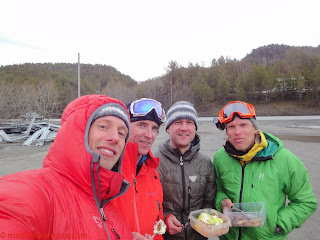 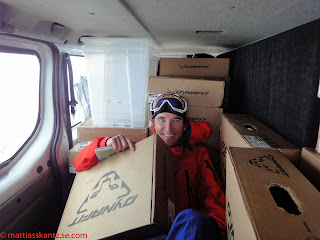 Greg in the backseat, breathing Dynafit
Posted by Andreas Fransson at 23:19