This last Tuesday I went for the first real adventure since I came up to Björkliden. I went to the mountain Lappvikstind in Skjombotn at the end of the Skjomen fjord south west of Narvik together with Björkliden locals Magnus Stålnacke and Mattias Ström. It’s a mountain I have been having my eyes upon for years with three beautiful couloir on its east face that probably never been skied. 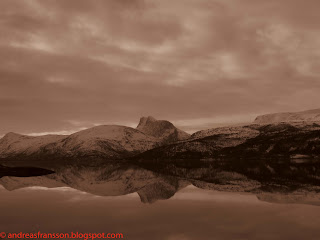 Lappvikstind
You can’t find the mountain in the guidebook, and the couloirs are hard to see from the road and on the top there are not even a cairn (very popular in Norway).
The goal for the day was to climb and ski the two main couloirs on the, about 400-500m high east face. The weather was not to promising setting out from Björkliden, but the further we got to the west, the better the weather became. We started the hike in overcast but as we had climbed the first couloir of the day, perfect weather awaited us on the top.
The view of the savage Swedish and Norwegian mountains awaited us, deep fjords, the ocean and the feeling of being alone in the wild that I never really get when skiing and climbing in the alps. On this mountain we did not see a trace from another human being and the only thing we came to leave behind was our tracks and one rappel anchor in the second couloir.
The skiing does not get much better than this either. Knee-deep powder snow made the boot packing fairly strenuous and on the way down we just skied top to bottom screaming like kids!
The second couloir was much steeper and narrower than the first one and had two small rock steps that treated us with some easy mixed climbing. The top part was probably the steepest I have skied in Scandinavia, and we had to do some down climbing and rappelling for about 30m over the rock steps on the way down. But after this the skiing was, once again, magic and gave us another great memory from the Scandinavian mountains as well as about 1700m of fun skiing.
Thanks Magnus and Mattias for a good day out! 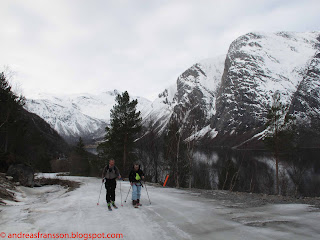 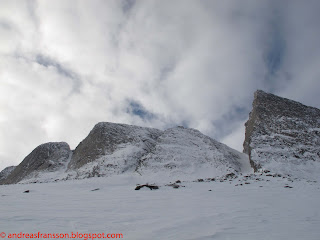 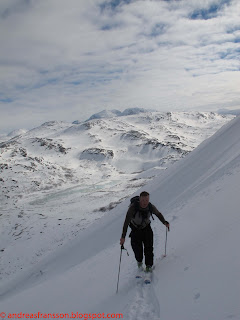 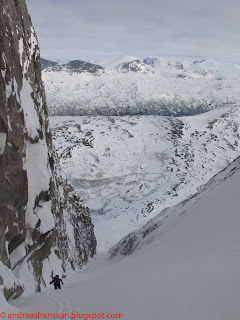 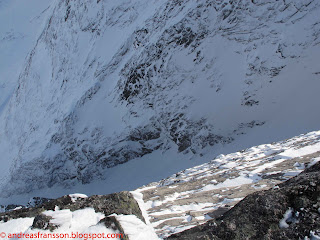 The first couloir from the summit 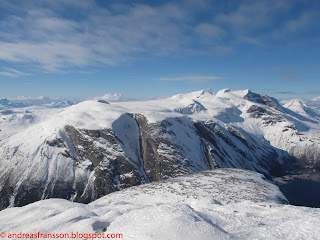 The mother of Norwegian couloirs; The Ganges couloir on the left. To the right; Heart of Gold - i did the probable first descent of this one a few years ago. 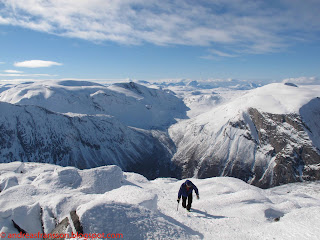 Magnus near the top 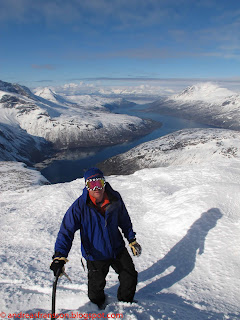 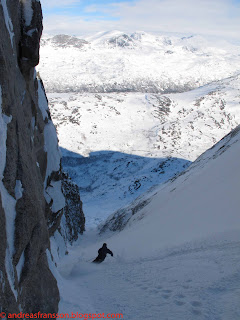 Magnus putting the first track in 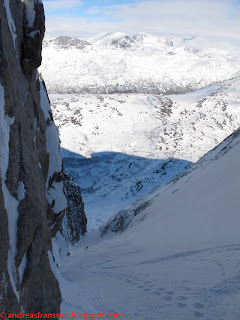 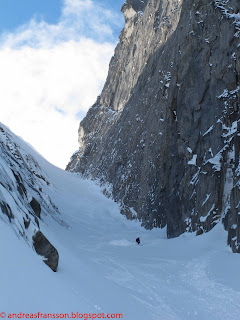 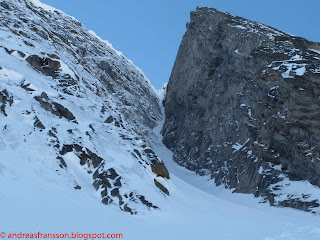 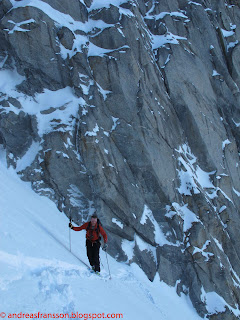 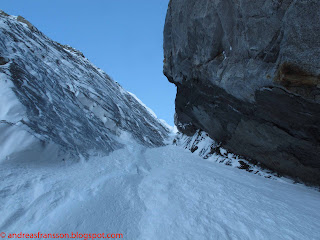 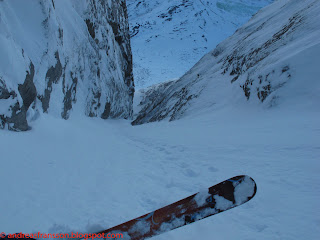 Me about to ski the second couloir from the top 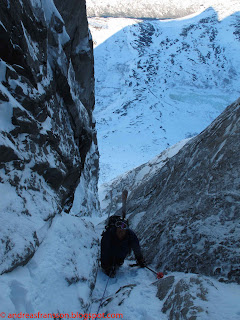 Magnus on the rappel 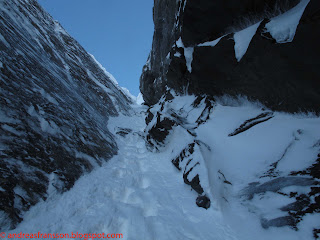 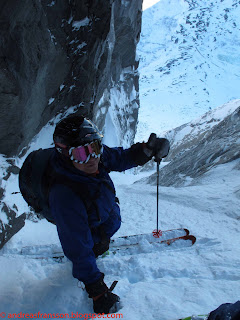 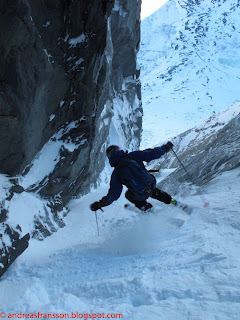 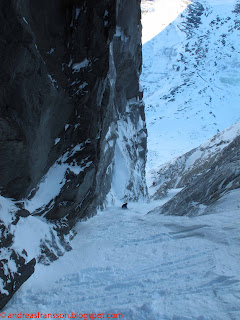 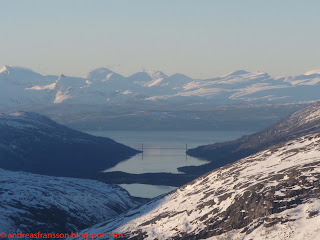 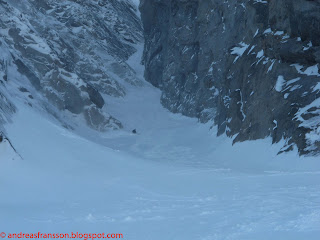 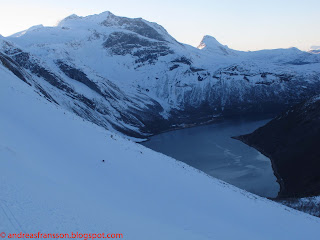 Magnus doing some turns on the way home 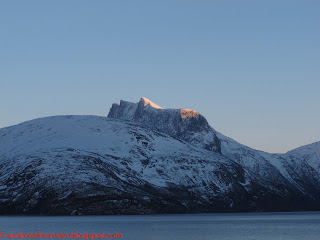 Lappvikstind in the sunset
Posted by Andreas Fransson at 16:31