Down south in Riobamba

Today is a rest day in the charming city of Riobamba. I’m still feeling really down and a bit sick, but I’m hoping a day of rest will set me back on track.
I would have done this update earlier, but Internet has been down in the whole country of Ecuador for the day. And then to make it even more adventurous, the electricity went out for a couple of hours.
Yesterday we took the three-hour buss ride from Quito and it feels like we are starting to have the real Ecuador experience. Lots of people we meet seem to be worried we will get in trouble with all our gear, but so far we have only met really friendly people. The only problems we have had have been to find restaurants with big enough portions to still our hunger. A normal evening we have gone to one restaurant, and when we are done we just look at each other, and one of us will say; “ok, so shall we go to the next place”…
Life seem much more grounded and real over here than back home. The chaotic nature of the human mind appear to realise it self in the everyday life in a totally different way than the often repressed feelings in northern Europe. Traffic is flowing in a confused disorder, but everyone seems to get where they are intending to go. Life on the streets and the everyday life flow with the “anything goes” attitude. It’s poverty everywhere, that gives me a simmering feeling of guilt, but the lively eyes from the people on the streets quickly takes a way that feeling and replaces it with; sure we are rich in things and “thinks” (yes, intellectual thoughts) but these people have a richness in grasping life that we back home doesn’t even come close to.
Last night we teamed up with our newfound friend Charlotte from the Netherlands and went out on the local market to buy vegetables for dinner. It ended up being one of the liveliest experiences in our lives. In the dusky light under the market’s grand roof with no lights, the play of this Latino bazaar played it self out in the shadows. The aroma of fresh vegetables, meat, fruit and spices blended together and the only light came from the glowing eyes of the shop keepers and their children that where playing under and around the tables. The local Quichua dialect and Spanish where the only languages to be heard and there was an instant delight and laughter when I tried to get by with my 4 day old Spanish (mixed with some French) with some help from Charlotte. I chose to not take out my camera, because I could see the change in faces when Bjarne captured the moment on film. Instead I will always remember the playfulness and curiosity in the small kids when they came to meet us with high fives and questions on where we where from.
If I feel stronger tomorrow we will try to find a taxi that can take us up to the mountains. Its been raining heavily in the last few days, so I’m concerned for the avalanche danger up high. But if we are lucky what creates fear in my mind right now will create joy while making turns in Ecuadorian pow-pow. 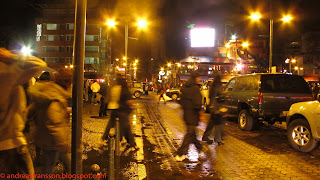 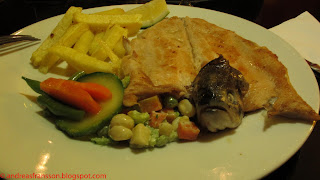 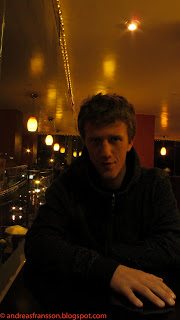 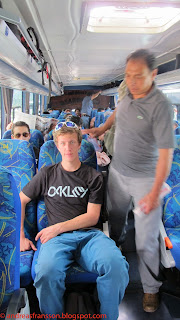 On the buss to Riobamba... 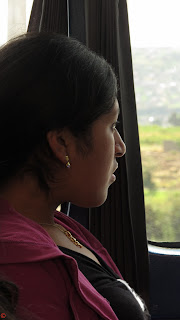 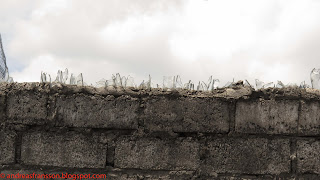 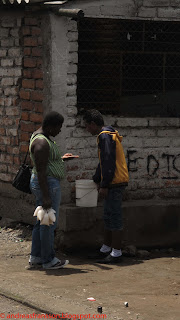 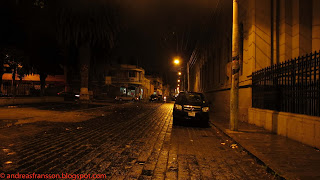 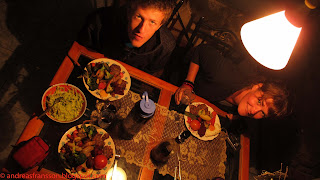 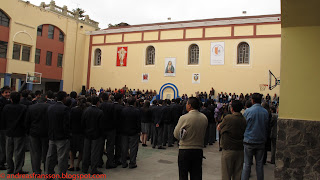 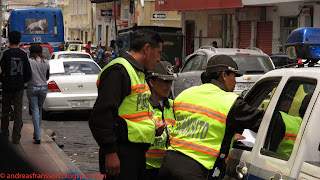 Posted by Andreas Fransson at 01:56