A beautiful end of the summer

The last few weeks I have had a beautiful vacation in Norway, Sweden, Finland and Italy.  I stopped working about three weeks ago and then had a week of just hanging out in Norway. We even moved in to a house (yes, I have been living in a tent the whole summer, and with the Alaska trip about three out of the last four months). Then after Norway we went to Finland to catch up with my family, then back to Luleå  (my hometown in the North of Sweden) where after I went for a quick visit to Stockholm and Italy. Now I’m back home preparing for exciting times, but first I’m going for a photo-shoot in Narvik with Haglöfs friends Per Jonsson and Johanna Stålnacke as well as photographer Nicklas Blom.
Summing up the summer its been exactly what I was needing; an vacation from big mountains, great climbing both for myself and with clients, a fun job, lots and lots and lots of running and everything in one of the most beautiful sites in the world; the Lofoten Islands in the north of Norway.
Maybe I was working a little bit too much to really get in to the shape I would have liked to be in right now, but then again its great to get the energy from beginner climbers, and I still managed to log around 100km a week even though I was climbing nearly every day.
I have also been extremely bad bringing my camera for my everyday adventures, so there are not much to look at from this summers small adventures. But on the other hand it was my vacation. From now on I'm going to bring it where ever i go!
Now, as always I’m focusing for the objectives to come! 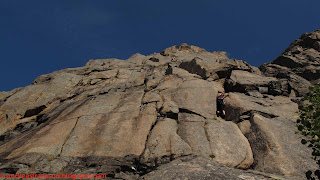 A photo from one of the last climbing days in Lofoten... 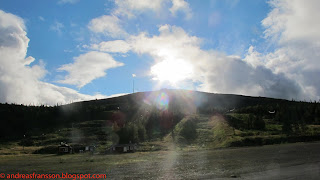 Dundret, Gällivare (In the north of Sweden). We drove bast the mountain an thought we needed to run up to the top to het the heart beating and to stretch our legs. It felt super easy after a summer of mountain running in Norway! 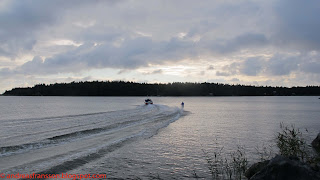 I usually gets one round a year of waterskiing out side of my cousins little island outside of Vaasa. 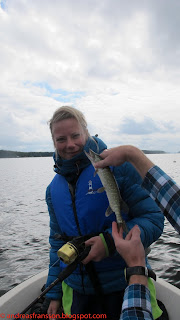 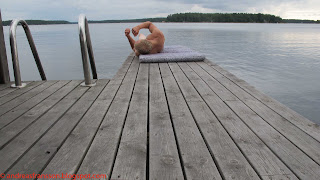 Morning workout by the water... 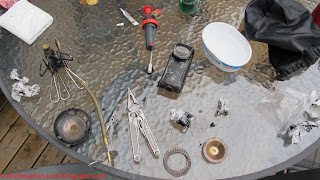 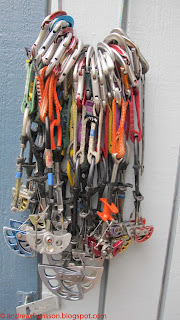 And a clean rack, ready for a winter in a box. Except a few chosen ones that will suffer from winter climbing and steep skiing.
Posted by Andreas Fransson at 18:31