I would say that arriving in ABC was the start of the fun part of our Alaska adventure. When we finally got there we where able to do what we came to Denali to do: ski and climb. And of course hang out with old and new friends.  Upon seeing the poor ski conditions Magnus quickly decided that skiing up high was not for him, so I got the whole mountain for my self.
Being keen as always I woke up early our first day in camp with the goal of getting as high as possible and then ski back down. I first went for the Messner couloir but turned around because of a sketchy bergschrund (I later found a better way) and turned to the Orient or rather the West Rib. At around 17000 feet I got hit by the altitude and felt like that was enough for the day so I sat down on my backpack, put on all my clothes and turned my attention to the view and my iPod for about two hours. I wanted to profit as much as I could from the thin air and when I started to feel cold I clicked in to my skies and skied down to camp in one go. It was a great feeling to finally do some semi steep turns on higher altitude.
The next day came with bad weather and the following day hard winds but I still made another try on the Orient. I didn’t really care where I was going as long as I got as high as possible and got some good old workout done. This time I made it within 200 meters from the top cornice but I got so cold by the wind (even though I had down pants and 3 down jackets) that I turned around and enjoyed some pretty good chalky skiing. The weather turned in to a storm the next day and gave me some good rest and then calmed down a bit the day after allowing me to get all the way to the top of the Orient Express and then ski all the way back to camp.
These where some good calm days where I got to tune in to the mountain and get a feeling for the conditions. Magnus joined up with our British friends Jonathan Griffith and Will Sim and did a couple of fast pushes to 17000 camp as well as the Devils Pass (18500).
But the weather was not really allowing for summit pushes and no one had sat their foot on the summit since we got to ABC so we started to feel like we wanted to optimize our time, get acclimatized and be closer to where its happening. So we moved up to 17000 camp even though the forecast was not to good. We had met some really nice guys from Iceland: Siggi and Balder and we wanted to help them out realising their big dream of making the summit. So the next day we went up the Rescue gully in three hours with their tent to build a mutual camp at 17000. It was really windy in high camp and we built a fortress around their big Hilleberg tent. While I were building walls Magnus turned down to meet our friends to get some food they had cached before and then came back up for dinner.
When evening turned to night our friends had yet not arrived and we started to be a bit concerned. It was a raging storm outside our tent and we where half asleep in our sleeping bags. But we felt like we had to do something. Magnus went down the ridge again by him self but turned around because he was to afraid going on to the arête by him self in the hard wind and zero visibility. Then we alarmed the rangers, but they did not want to take any risks in the storm, so we went down the ridge together as far as we dared but turned around when it was starting to feel to crazy. There were nothing we where able to do for our friends so we went back to our sleeping bags hoping they had turned around. However, at 3.30 at night our friends stumbled in to the tent after the biggest adventure in their lives and over 18 hours after they sat out. That was one of the happiest moments of the trip.
The next day it was still stormy and we all hang out together in the tent eating and drinking and listening to Siggis crazy stories from the past. Then the following morning we woke up to a cold and calm sunny day. We were on!!! 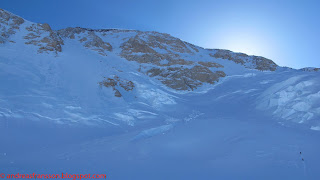 The Messner couloir and the Orient Express from below 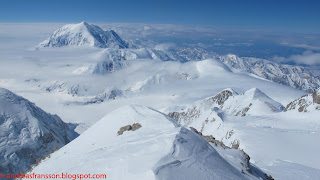 Having a rest on the Orient 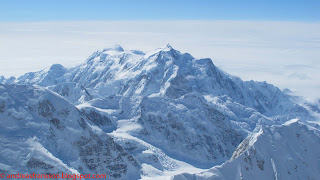 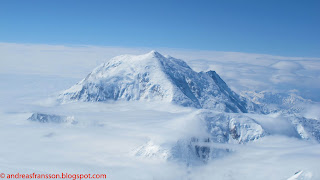 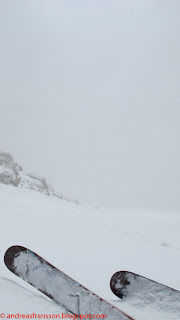 Skiing the Orient the 2nd attempt 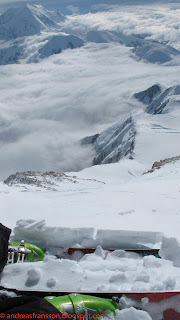 And then the third 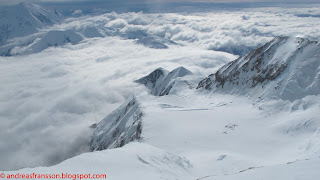 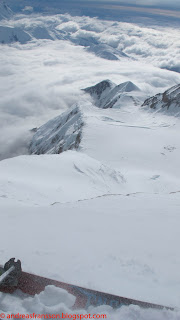 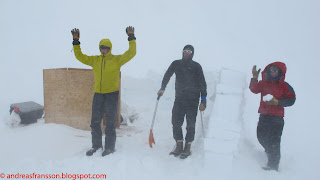 Our friends the volunteers building a shelter for the shit house 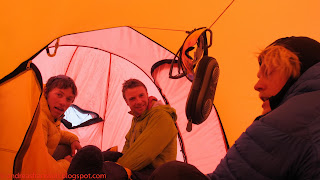 ¨
Jon and Will coming over for a visit 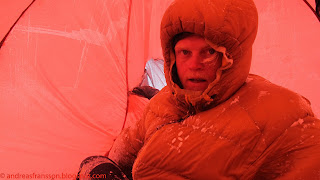 Magnus on a cold day 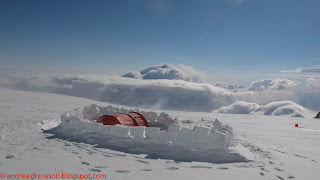 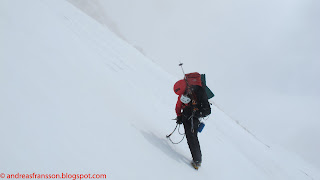 Magnus making his way up the rescue gully 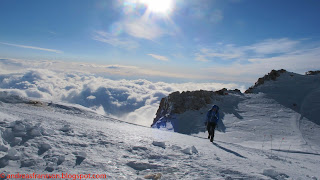 Magnus coming back with the food 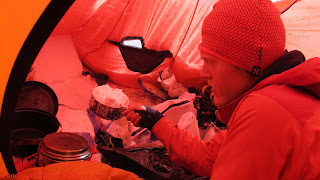 And taking care of me on our rest day in the storm
Posted by Andreas Fransson at 20:31