Yesterday morning I was really excited to go skiing, but my ski partner for the day called me while eating breakfast to tell me he was backing out. 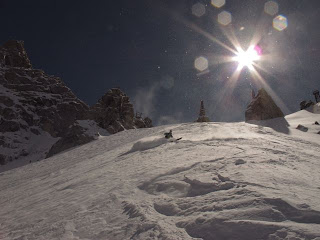 I got really disappointed as I knew it was probably my last chance to go skiing for the season and I had a feeling it was going to be great up there. I went back to bed and slept for another two hours, but then I could just not stand it any more – I had to get out there! My girlfriend Ale was also encouraging me to go out, as she could not stand me being frustrated for the rest of the day.
So I got back in to my ski clothes and walked over to Aiguille du Midi. It was really calm at the lift station and only one skier was waiting for the bin.
I had only met Romuald Baudrier a few times on town, and we where the only skiers there so we hooked up for todays venture.
Arriving at the top we where above the clouds, it was warm and the sun was shining and we had about 20 cm of fresh powder snow. We started skiing just outside of the ice cave on the north side of the arête, then turned down on the south side and continued to Glacier Ronde. There where no tracks from other skier on the whole mountain as far as we could see and it felt like a worthy way of ending a good season by dropping in on an untracked Ronde with no other skiers around.
The skiing was great and it was really fun to be out with Romu on the mountain. Everything went smooth, but I would not have liked to do the traverse back to the mid station much later. A lunch at Cambre 9 followed and now its time to return back to Scandinavia for a spring filled with climbing and guides courses…
The wonderful thing though is that I have enjoyed these two weeks in Cham immensely and I really miss the spring ski adventures here. I’m ready for a break from skiing after a great but long season but I’m already looking forward for some autumn adventures and the start of next winter!
Life is good when one can do lots of fun things and still have time to look forward for more coming! 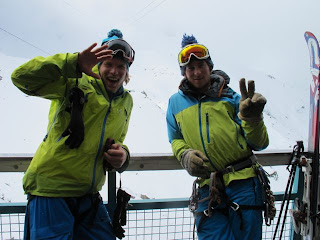 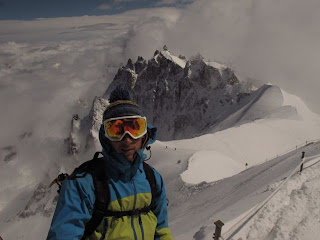 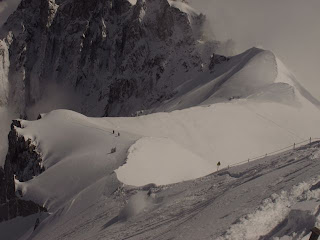 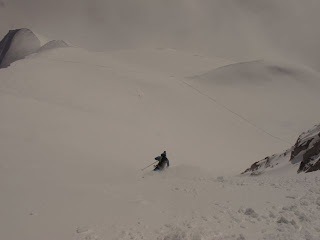 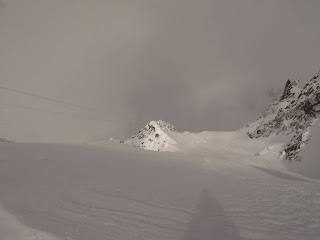 A worthy way of ending the season 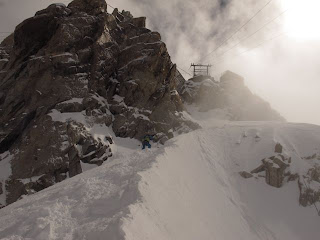 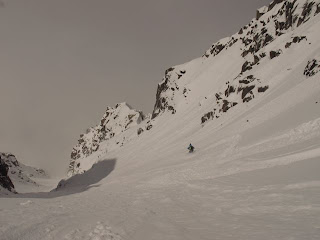 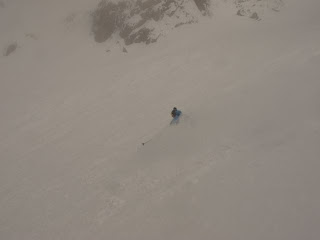 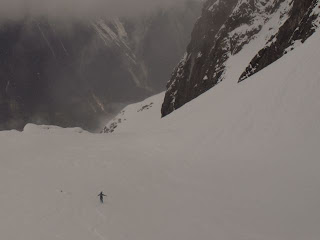 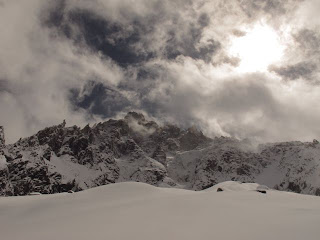 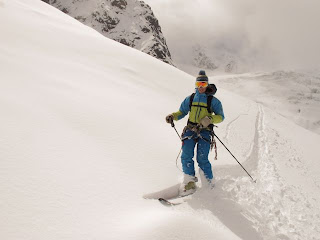 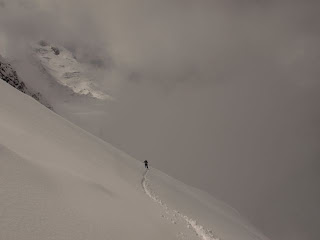 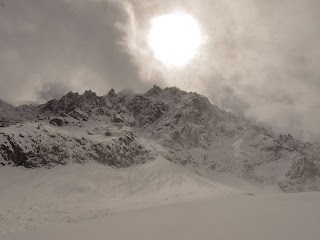 Posted by Andreas Fransson at 12:18